CDC CAUGHT HIDING DATA ABOUT MERCURY IN VACCINES AND AUTISM

Do not trust the CDC, the FDA, the AMA or any other entity with the health of your family or our Black Nation. Even more evidence is now revealed for those who still need it. Share this info with our people. 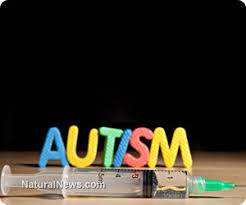 Dr. Coleen Boyle of the CDC testifies under oath before Congress in November 2012 that the body of evidence shows there is no connection between mercury in vaccines and autism.

In a press release issued this week, one that so far no mainstream media sources have bothered to report, it was announced that Dr. Brian Hooker had finally received documents from the CDC through a Freedom of Information Act that revealed the CDC had access to data linking Thimerosal in vaccines to autism, non-organic sleep disorders, and speech disorders.

Two members of Congress helped Dr. Hooker draft his letter to the CDC, after having spent nearly 10 years submitting over 100 Freedom of Information Acts to no avail.

This information, so far, has been completely blacked out of the mainstream media.

This information is very damaging to the CDC, which has stated for years that there are no studies linking the mercury of Thimerosal in vaccines to autism. You can watch for yourself in the video below the most recent testimony given by the CDC in the November 2012 Congressional Hearing on Autism, where they claim there are no studies linking Thimerosal to autism. Thimerosal is still used today in the flu shot that is administered to pregnant women and infants.

The mainstream media’s official position regarding vaccines and autism has been that it has been “proven that there is no link”, and Dr. Andrew Wakefield is used as the standard scapegoat being presented as a “disgraced doctor” who supposedly got caught fabricating his study. Of course, Dr. Andrew Wakefield’s study has been replicated in at least 28 other studies, and no case has ever been won against Dr. Wakefield in a court of law. Litigation is still pending, and one of the doctors who was a co-author in the study has been completely exonerated in the U.K.

Yet, the man who supposedly conducted studies for the CDC proving that vaccines do not cause autism, is a wanted criminal for stealing millions of dollars from the CDC, and is still on the run from the law. But that story is seldom, if ever, reported in the mainstream media. (See: CDC Vaccine Link to Autism Scandal: The Wrong Man was Condemned)

To understand the autism-vaccine debate one must look outside of the heavily Big Pharma funded mainstream media, such as this report by Emmy Award winning journalist Ben Swann:

The Canary Party has also produced an excellent video, narrated by Rob Schnieder:

Vaccine Industry Watchdog Obtains CDC Documents That Show Statistically Significant Risks of Autism Associated with Vaccine Preservative Thimerosal
Biochemist Brian Hooker, scientific advisor to A Shot of Truth, reveals CDC knew of risks for over a decade.
by A Shot of Truth
PRWeb

For nearly ten years, Brian Hooker has been requesting documents that are kept under tight wraps by the Centers for Disease Control and Prevention (CDC). His more than 100 Freedom of Information Act (FOIA) requests have resulted in copious evidence that the vaccine preservative Thimerosal, which is still used in the flu shot that is administered to pregnant women and infants, can cause autism and other neurodevelopmental disorders.

Dr. Hooker, a PhD scientist, worked with two members of Congress to craft the letter to the CDC that recently resulted in his obtaining long-awaited data from the CDC, the significance of which is historic. According to Hooker, the data on over 400,000 infants born between 1991 and 1997, which was analyzed by CDC epidemiologist Thomas Verstraeten, MD, “proves unequivocally that in 2000, CDC officials were informed internally of the very high risk of autism, non-organic sleep disorder and speech disorder associated with Thimerosal exposure.”

When the results of the Verstraeten study were first reported outside the CDC in 2005, there was no evidence that anyone but Dr. Verstraeten within the CDC had known of the very high 7.6-fold elevated relative risk of autism from exposure to Thimerosal during infancy. But now, clear evidence exists. A newly-acquired abstract from 1999 titled, “Increased risk of developmental neurologic impairment after high exposure to Thimerosal containing vaccine in first month of life” required the approval of top CDC officials prior to its presentation at the Epidemic Intelligence Service (EIS) conference. Thimerosal, which is 50% mercury by weight, was used in most childhood vaccines and in the RhoGAM® shot for pregnant women prior to the early 2000s.

The CDC maintains there is “no relationship between Thimerosal-containing vaccines and autism rates in children,” even though the data from the CDC’s own Vaccine Safety Datalink (VSD) database shows a very high risk. There are a number of public records to back this up, including this Congressional Record from May 1, 2003. The CDC’s refusal to acknowledge thimerosal’s risks is exemplified by a leaked statement from Dr. Marie McCormick, chair of the CDC/NIH-sponsored Immunization Safety Review at IOM. Regarding vaccination, she said in 2001, “…we are not ever going to come down that it [autism] is a true side effect….” Also of note, the former director of the CDC, which purchases $4 billion worth of vaccines annually, is now president of Merck’s vaccine division.

Dr. Hooker’s fervent hope for the future: “We must ensure that this and other evidence of CDC malfeasance are presented to Congress and the public as quickly as possible. Time is of the essence. Children’s futures are at stake.” A divide within the autism community has led to some activists demanding that compensation to those with vaccine-injury claims be the top priority before Congress. Dr. Hooker maintains that prevention, “protecting our most precious resource – children’s minds,” must come first. “Our elected officials must be informed about government corruption that keeps doctors and patients in the dark about vaccine risks.”

Referring to an organization that has seen its share of controversy this past year, Dr. Hooker remarked, “It is unfortunate that SafeMinds issued a press release on my information, is accepting credit for my work and has not supported a worldwide ban on Thimerosal.”

Brian Hooker, PhD, PE, has 15 years experience in the field of bioengineering and is an associate professor at Simpson University where he specializes in biology and chemistry. His over 50 science and engineering papers have been published in internationally recognized, peer-reviewed journals. Dr. Hooker has a son, aged 16, who developed normally but then regressed into autism after receiving Thimerosal-containing vaccines.

The Focus Autism Foundation is dedicated to providing information to the public that exposes the cause or causes of the autism epidemic and the rise of chronic illnesses – focusing specifically on the role of vaccinations.